Eighteen months in the making, the Triple CD set from The Liberation Project entitled Songs That Made Us Free (South Africa – Italy – Cuba) was launched at The Mandela Theater as the finale of Africa Month’s Celebrating Nelson Mandela’s Legacy in May 2018. The concert was supported by The National Arts Council and The Jo’burg Theater.

This unique concept album of 37 songs features 142 musicians (49 from SA) from 17 different countries and was produced by Dan Chiorboli, Phil Manzanera and Neill Solomon.

The three volumes have separate themes, namely Celebration, Introspection, and Inspiration, with the music on each CD reflecting different moods both musically and sonically.

The album was proudly driven and anchored from South Africa and featured a unique multi-cultural collaboration of musicians who joined forces to celebrate their liberation struggles from different corners of the world. The main focus of the music was from South Africa, Italy and Cuba but musicians from countries as diverse as France, La Reunion, Guinea, Burundi, the USA, Brazil, the United Kingdom also contributed. International music heavyweights with human rights track records such as Phil Manzanera (Roxy Music & Pink Floyd), Juan de Marcos (from Cuba’s legendary Buena Vista Social Club), Cyril Neville (from New Orleans’ esteemed Neville Brothers), Italian icons Cisco Bellotti (Modena City Ramblers), Roberto Formignani (The Bluesmen) and pioneering DJ Miki the Dolphin as well as Guinean griot and kora master N’Faly Kouyate (Afro-Celt Sound System & Peter Gabriel) were among the many who selflessly supported and lent their immense talents for the cause.

The album was released by JUST MUSIC and is available on all digital platforms. Apartheid was a system of racial segregation in South Africa enforced through legislation. Under apartheid, the rights, associations, and movements of the majority black inhabitants and other ethnic groups were limited, and white minority rule was maintained. Music played a key role in both driving change and creating harmony. Music communicated messages through lyrics that had politically subversive meanings. It also allowed international audiences a view into the injustices suffered by the oppressed racial groups in South Africa. Music united South Africans at a time where every other aspect of life was dictated by race and culture.

In Italy, the province of Emilia Romagna (a central point of the partisan resistance in the second world war) and the resistance movement in South Africa have enjoyed a long and significant relationship. The city of Reggio Emilia was the first in the world to sign a pact of solidarity in 1977 with the ANCs Oliver Tambo (then president of the ANC in exile.). In 1985, Reggio Emilia was declared “a constituted strength against the regime of apartheid”, the only European city mentioned.

The Cuban Revolution was an armed revolt conducted by Fidel Castro’s revolutionary 26th of July Movement and its allies against the authoritarian government of President Fulgencio Batista. The revolution began in July 1953 and continued sporadically until the rebels finally ousted Batista on 1 January 1959, replacing his government with a revolutionary socialist state.

South Africa enjoyed great support from both Italy and Cuba during its time of need!

“With great pride, this project offers us an opportunity to celebrate our fight for liberation to the world and offers a hand of friendship to the countries and musicians who supported us during our struggle” comments Dan Chiorboli. 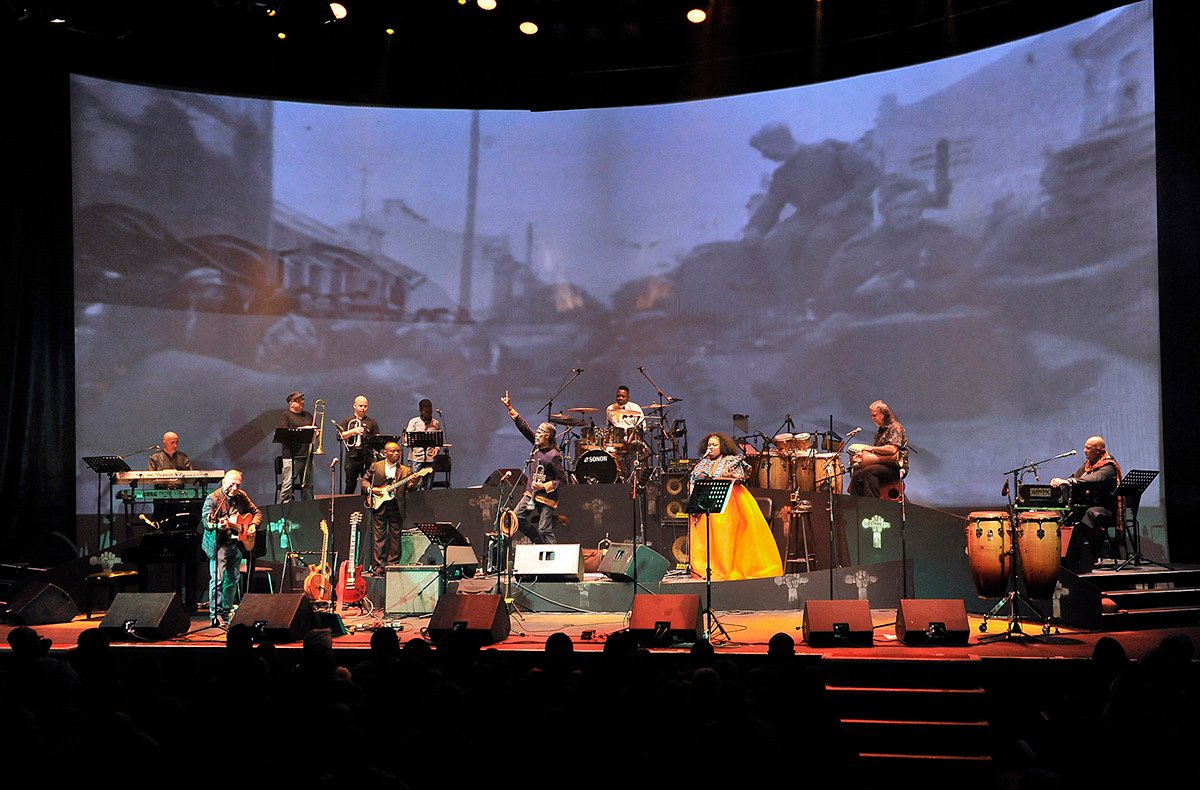 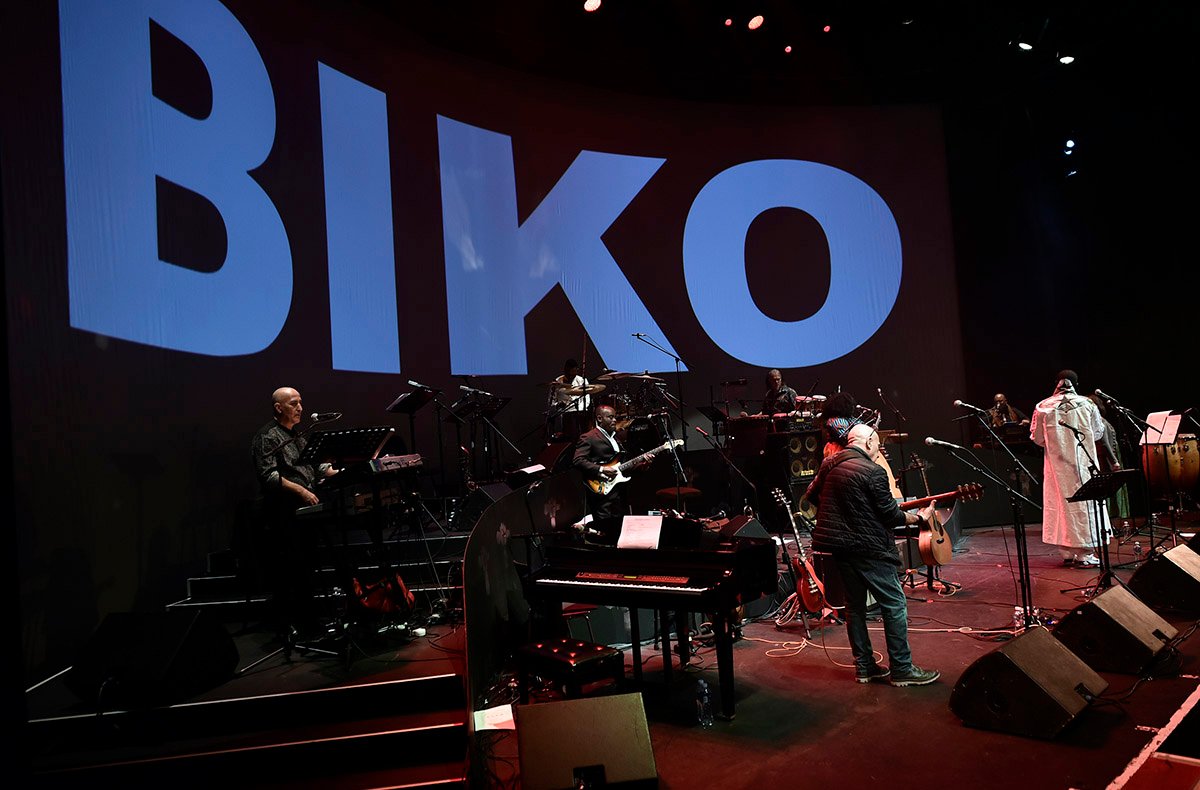 The common thread to this project is Dan Chiorboli, who, having been born in Italy and grown up in South Africa during the apartheid era, is all too familiar with the struggle that occurred on his doorstep. The catalyst and vision for this project emanated from his visit to his home town of Ferrara to explore his family’s role in the partisan resistance. His passion for both countries led to a strong desire to collaborate with South African and Italian artists to produce an album representing both cultures and their independent journeys to liberation.

Further expanding on the commonalities of the liberation theme and love of Cuban music, Dan brought in friend and ace record producer, Roxy Music guitarist and Pink Floyd co-producer Phil Manzanera. As the project evolved, Cuban bandleader and musical icon Juan de Marcos from the legendary Buena Vista Social Club and Afro-Cuban All-Stars added artistic ideas and contributed two specially written songs. Both Phil and Juan grew up in Cuba and spent their childhood during the height of Fidel Castro’s Cuban Revolution, thus sharing a similar journey of freedom and liberation. 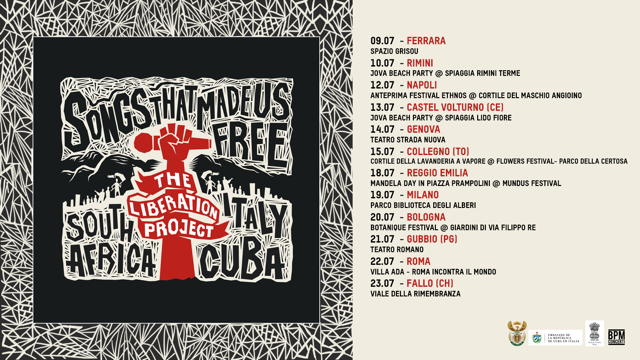